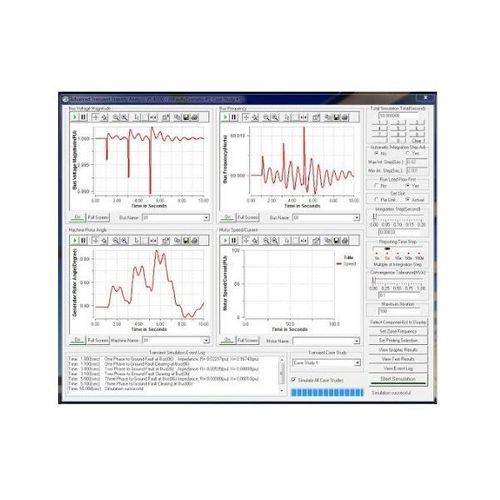 Load Flow Analysis or Power Flow Analysis is the most crucial tactic to exploring problems in power system operating and planning. Based on a specified generating state and transmission network structure, load flow analysis solves the steady operation state with node voltages and branch power flow in the power system. Load flow provides sinusoidal steady state of complete system real and reactive power generated, voltages and absorbed and line losses. Since the load is a static quantity and it is the power that flows through transmission lines it is also known as Power Flow studies.

WHY LOAD FLOW ANALYSIS IS IMPORTANT?

Performing a power flow study helps you plan ahead and account for various hypothetical situations. For example, if a transmission line is to be taken off line for maintenance, can the remaining lines in the system handle the required loads without exceeding their rated values.

Power flow studies are undertaken for various reasons, some of which are the following:

Through the load flow studies we can attain the voltage levels and angles at every bus in steady state. This is rather important as the magnitudes of the bus voltages are required to be held within a specified limit. Once the bus voltage angles and levels are calculated using the load flow, reactive and real power drift through every line can be calculated. Also based on the difference between power flow in the sending and receiving ends, the losses in a particular line can also be computed. Moreover, from the line flow we can also find out the over and under load states. Power flow or load flow solution is essential for continuous evaluation of the performance of the power systems so that suitable control measures can be taken in case of necessity.

WHAT IS DONE DURING LOAD FLOW ANALYSIS?

Understanding how power flows is crucial to the design of any system.For simple radial systems, often no formal load flow study is performed, but unchangeably it is part of any analysis performed during the design of the system.â€¯For larger power distribution systems, a formal load flow study is carried out; typically using software, with the results presented in a report.

While performing a load flow study, it is important to mathematically describe the electrical network and perform calculations to get the necessary results.

The study of load flow involves the following three steps:

HOW IS LOAD FLOW STUDY PERFORMED?

There are number of steps to be done while mathematically analysing load flow. They are:

Step 1: Represent the system by its one line diagram.

Step 2: Convert all quantities to Per Unit. We need to find all the parameters that we are given with respect to one common base value. This base value is normally clearly mentioned, but if not we can presume one and move on.

Step 6: Start answering the missing variables, by assumptions (unless it is specified otherwise).

Step 7: Find approximations for the Real and Reactive Power that we are given, using the assumed and given values for voltage/angles/admittance.

Step 8: Write the Jacobian Matrix for the first iteration of the Newton Raphson Method.

Step 10: We now need to repeat step 7 9 iteratively until we obtain an accurate value for the unknown differences as the [Symbol]0. Normally we only do 2 iterations. And other indefinite parameters are calculated.

Software is utilised in most of the realistic or real-time conditions since they are easier.In doing this, the electrical engineer builds a network of nodesâ€¯interconnected by admittances (impedances).

In defining nodes in a software model, the engineer typically considers three types:

In a study most, nodes are of the load bus type.The generator bus type is all the nodes that have a generator connected.While more than one slack bus could be defined, it is usual to have only one, and this is chosen as the connection point to the main grid supply.

The engineer will construct the network mock-up by setting busbars, grid connections, interconnections, generators and major items of equipment. The software will then carry out the necessary calculations.

Using software simplifies the carrying out of a load flow study.However, the selection of input data required, level of detail to model, verification and interpretation of the output and utilising this to achieve the required design still requires the input of a skilled electrical engineer. 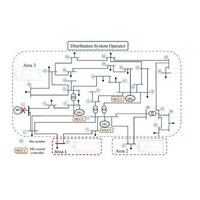 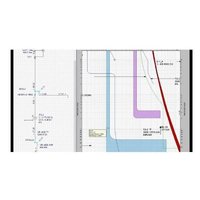 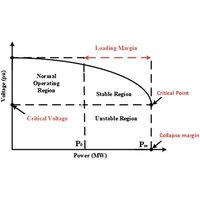 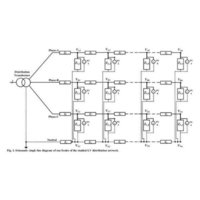 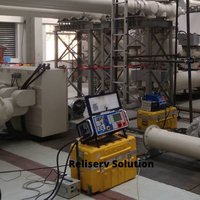 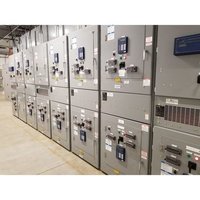